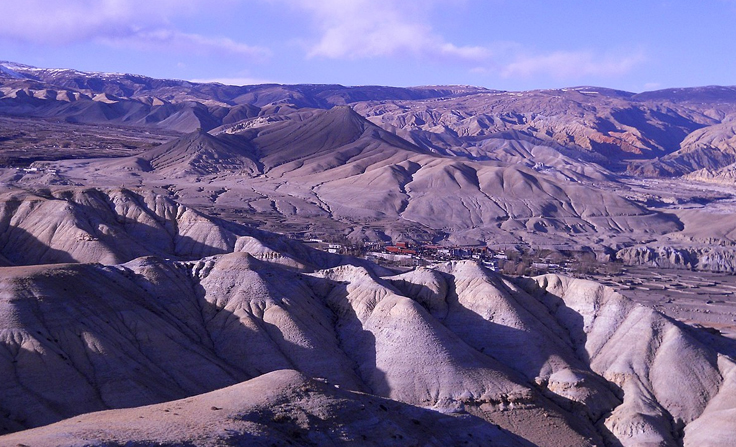 Mustang formerly Kingdom of Lo, is a remote and isolated region situated at the Himalayas of Nepal.The Upper Mustang comprise the northern two-thirds of Mustang District of Dhawalagiri Zone, Nepal. The southern third of the district is called Thak and is the homeland of the Thakali, who speak the Thakali language, and whose culture combines Tibetan and Nepalese elements. Life in Mustang revolves around tourism, animal husbandry and trade. The main hydrographic feature of Mustang is the Gandaki River. The river runs southward towards Nepal Terai, bisecting Mustang. Routes paralleling the river once served as a major trade route between Tibet and India, especially for salt. Part of the river valley in the southern Mustang District forms the Kali Gandaki Gorge, by some measures the deepest gorge in the world. Mustang is rich in Buddhist culture, similar to the area of the Tibet Autonomous Region of the People’s Republic of China. It is an alternate way to experience the Tibetan culture and landscape to the tours provided by the Chinese government. The Tiji festival in Lo-Manthang is another popular destination for tourists in the area seeking to experience the native culture.