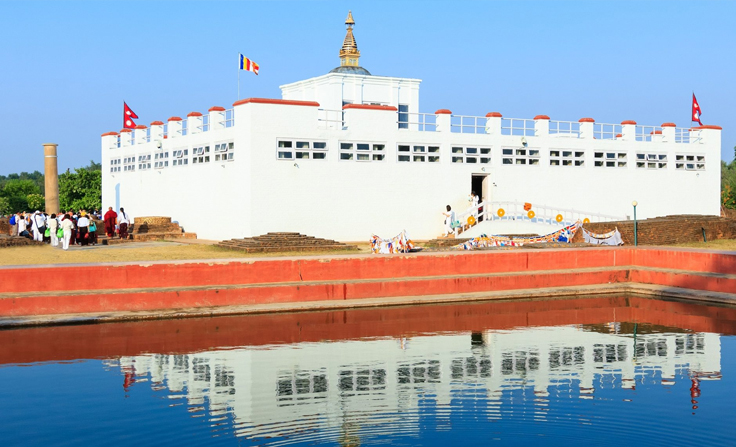 Listed in World Heritage site by UNESCO Lumbini allures abundant of tourists with the means of its beauty, cultural and historical importance. It is the place where Queen Mayadevi gave birth to her child Siddhartha Gautama, Buddha. Situated in the Terai belt of nation Lumbini is located in the district of Kapilvastu, near the Indian border. Lumbini treasures a number of temples including Mayadevi Temple and is considered as the important place to the Hindu and Buddhist religious community as well as the history and culture of the entire world. Blessed with the various sites, instruments and shrines of various stages of Buddha’s life, Lumbini offers a variety of attractions related to the different occurrences in Buddha’s life. The prime attraction of Lumbini includes Mayadevi Temple, Ashokan pillar, Myanmar Golden Temple, World Peace Pagoda, Dharma swami Maharaja Buddha Vihar, China Temple and Lumbini Museum. Building of any recreational structure in the area is prohibited and is separated into the Eastern zone (with Theravadin monasteries) and the Western zone (Mahayana and Vajrayana monasteries).